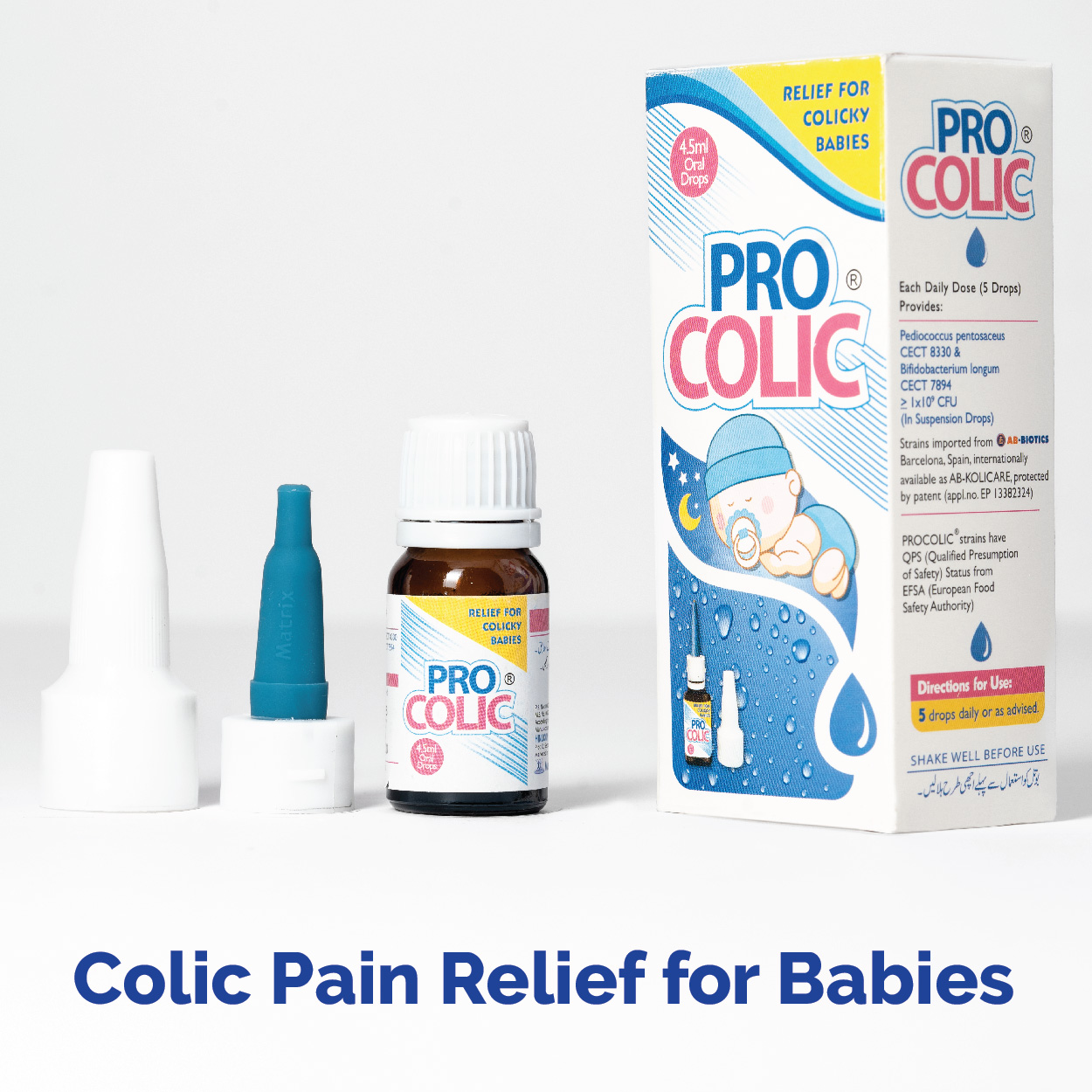 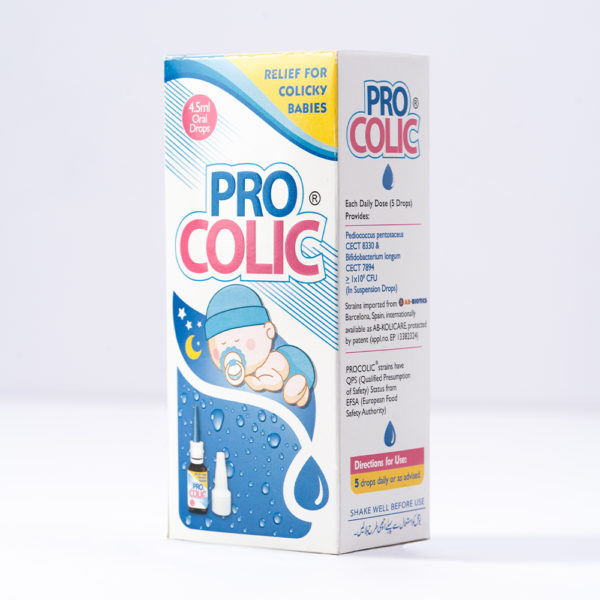 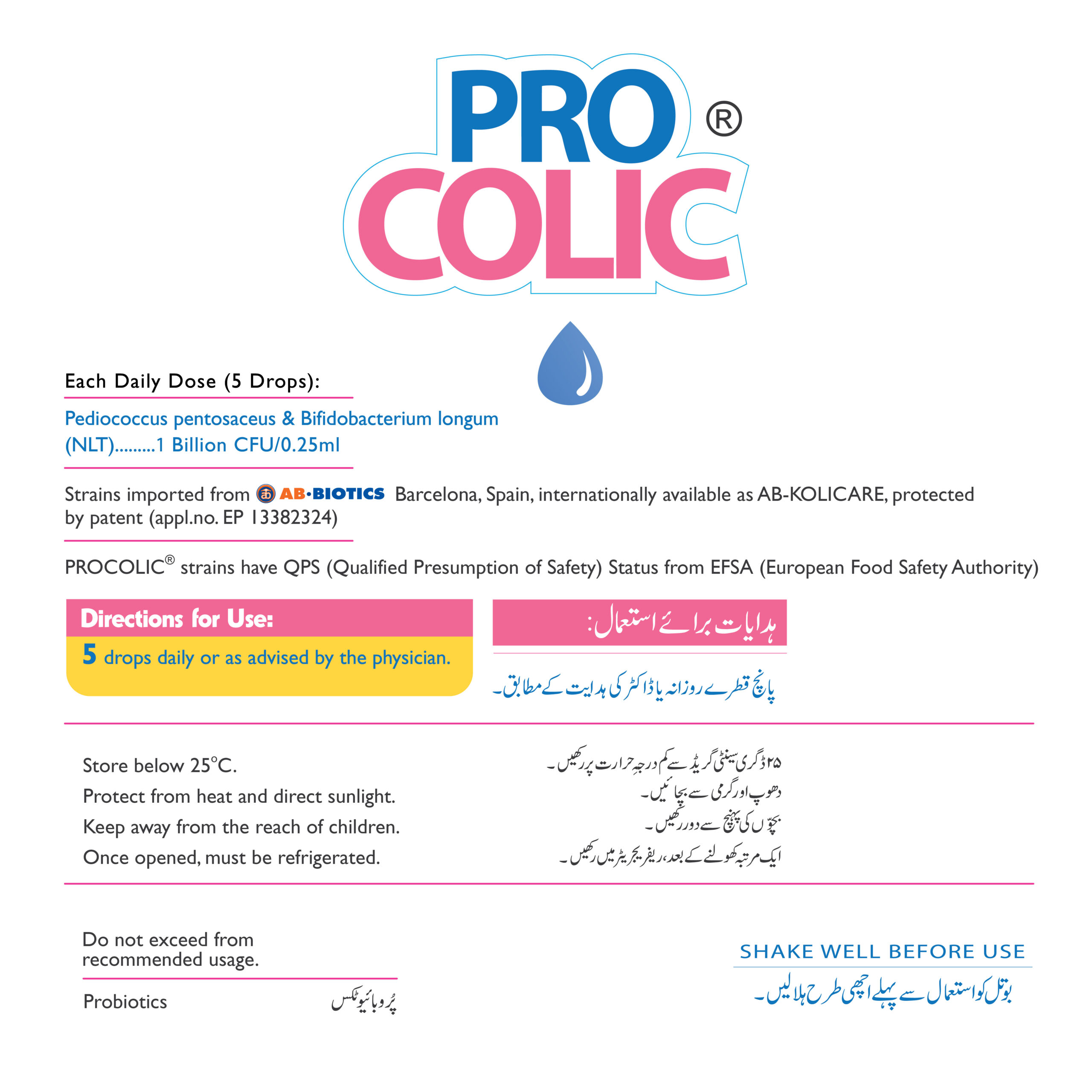 Colic is when babies cry and fuss a lot, for no obvious physical or medical reason. If your baby has colic, he/she may pull up legs, make tight fists, burp and appear to be in pain when cries. Typically, the colic begins about two weeks after birth and peak at six or seven weeks of age. It’s often worst in the evenings.

What are the benefits of PROCOLIC®?

PROCOLIC® is a novel probiotic formula developed for crying relief in colicky infants. It improves infant health by reducing colic episodes in infants. Procolic is clinically proven to be effective in bottle-fed babies and C-section-born babies.

Are there any side effects of PROCOLIC®?

Although not all side effects are known, PROCOLIC® is thought to be likely safe for infants.

Is PROCOLIC® safe for children?

PROCOLIC® is safe to use in infants from age of 0-3 years.

What are the conditions of use?

Do not exceed the recommended daily dose. Once opened consume within 1 month.

Is it approved by Health authorities?

Yes, it is approved by the Drug regulatory authority of Pakistan (DRAP).

There are no reviews yet.

Be the first to review “PROCOLIC®” Cancel reply

Matrix Pharma Pvt. Ltd. was started in the
year 2001 with a vision to be a leading
innovative healthcare company.